Multi-platinum selling, chart-dominating rapper Pitbull comes to FivePoint Amphitheatre on Friday 24th September 2021 for a night of charisma, showmanship, and wall-to-wall pop bangers! The world-famous performer is back on the road for his first solo tour since 2012 (his most recent tour being 2017's stint with Enrique Iglesias) and you know it's gonna be wild! He'll be joined in support by the ever-fabulous Iggy Azalea, making it the perfect summer line-up! 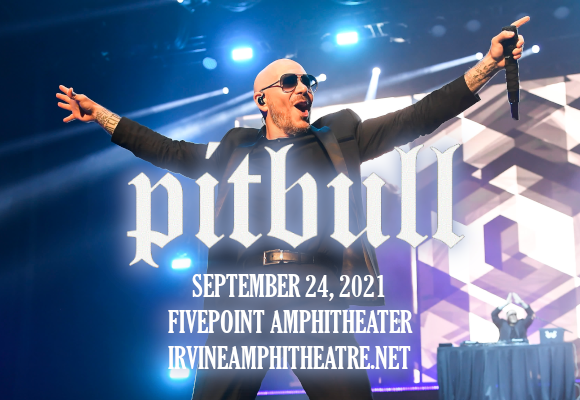 Bi-lingual Miami rapper Pitbull started his career in the early 2000s as a protege of crunk artist Lil Jon and over the years has established himself as a pop superstar! In the two decades that he has been performing and recording, he has released over 200 music videos, over 300 singles (including features), over 1,000 songs (in total), and has been involved in more collaborations than any other music artist. Best known for his hits "I Know You Want Me (Calle Ocho)," "Give Me Everything," "Timber," "Feel This Moment," and "Time of Our Lives," he has sold over 25 million studio albums and over 100 million singles worldwide. Pitbull is a 35-time Billboard Latin Music Award-winner and he was ranked by Billboard as the 45th Top Artist of the 2010s and the 24th Top Latin Artist of the 2010s.