Are you ready for the fire?! On Saturday, October 21st, 2023, Zac Brown Band and King Calaway will bring the "From the Fire Tour" to Five Point Amphitheatre, where they will undoubtedly push the fiery Americana Rock beyond any limits, and to the absolute maximum. Zac Brown's distinctive brand of southern rock will be front and center, and you're in for one hell of a night, book your tickets right now for the band's huge 10th North American Tour coming on the heels of their latest album, “The Comeback (Deluxe)”, which features re-recorded tracks with some of music’s biggest stars, including Blake Shelton, James Taylor and Jimmy Buffett. 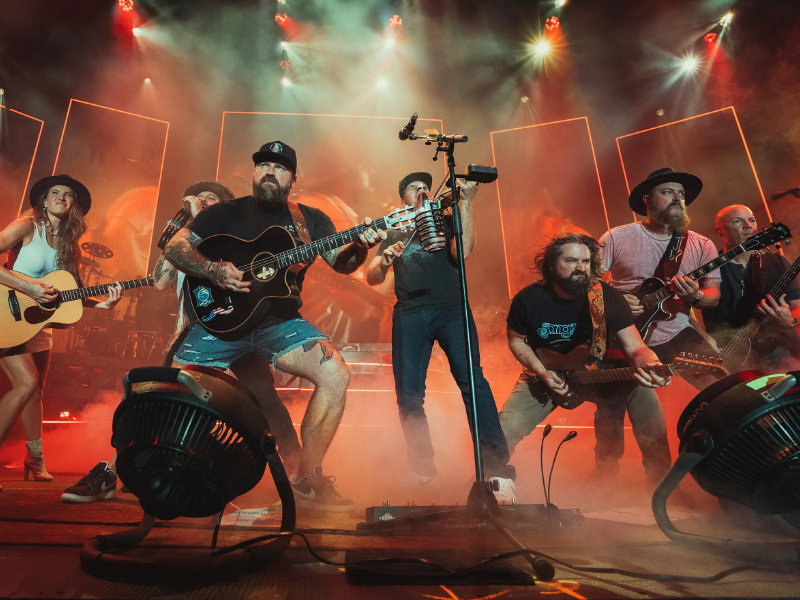 The band's massive back catalog includes seven studio albums, two live albums, a greatest hits album, and two extended plays. With fourteen of their singles reaching the top spot on Billboard's Country Airplay or Hot Country Songs chart. The band's debut album, The Foundation, was certified triple-platinum, and their subsequent albums, You Get What You Give, and Uncaged, have both been certified platinum by the Recording Industry Association of America.

Alan Jackson, Jimmy Buffett, Kid Rock, Jason Mraz, Dave Grohl, Chris Cornell, Brandi Carlile, and Avicii are just some of the big names with whom they have collaborated.

When they perform, every seat in the house is taken, and they even hold the record for the most consecutively sold-out shows at one venue. Tickets are expected to sell out quickly, so be sure to get them now while you still can! The process is elementary: just click the "GET TICKETS" button and choose the best seat in the house.