FivePoint Amphitheatre will be filled with an outburst of iconic songs and Megalomaniac performances as the veteran alternative band, Incubus, takes the famous Irvine, California venue by storm this Saturday, 27th August. Joined by the alternative rock and reggae band, Sublime with Rome, Brandon Boyd and the rest of his band will give you one hit after another in an evening that celebrates the 20th anniversary of their "Morning View" album. Join other Incubus fans in singing along to the massive hits from the 2001 album, such as "Nice To Know You," "11am," and "Wish You Were Here." Turn your boring Saturday night into an incredible night of nostalgic songs and epic performances from two of the best bands on US soil today! Click on the "Get Tickets" link to purchase tickets for you and your friends. 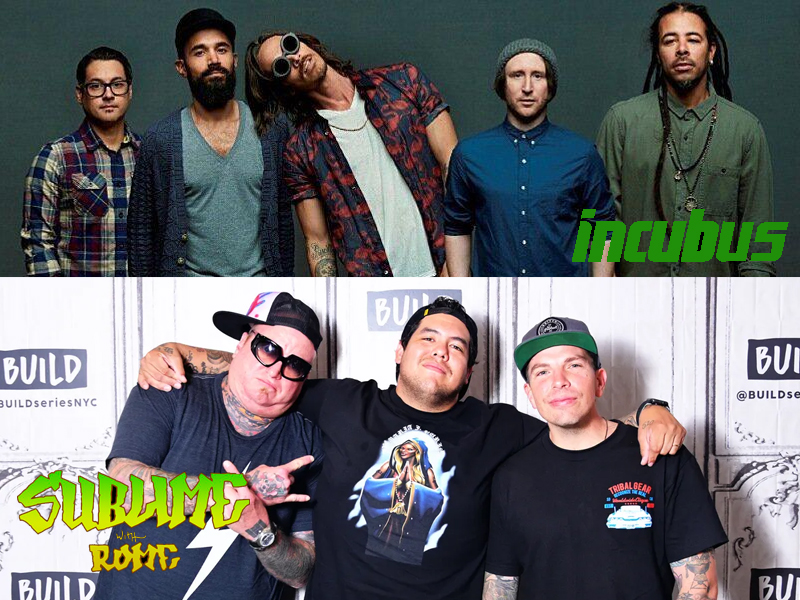 It's an excellent time to be an Incubus fan this summer as the band is headlining a 27-date summer concert tour across the US. This is good news for the band's loyal fans, who have waited nearly three years for the band to be back on the road.

The Brandon Boyd-led band was supposed to take a concert tour last year commemorating the 20th anniversary of their 2001 "Morning View" album. However, due to the ever-changing pandemic restrictions, the concert tour was postponed — some dates were canceled, to fans' dismay.

That is why this year's announcement for a summer concert tour was explosive for dedicated fans all over the country. The tour will kick off on July 24 in West Palm Beach, Florida, and will conclude in early September in Bend, Oregon.

The reggae-alternative rock band Sublime with Rome will co-headline some shows in major venues in the country, including Irvine's FivePoint Amphitheatre this Saturday, 27th of August. The band composed of Eric Wilson, Rome Ramirez, and Carlos Verdugo is known for their songs "Take it or Leave It," "Wherever You Go," and "Wicked Heart." The band continues to honor the original lead's memory (Bradley Nowell) while constantly reinventing their sound over the years. The band occasionally plays songs originally popularized by Sublime, such as "Santeria," "What I Got," "Doin' Time," and "Wrong Way," among many others.

Tickets for this concert tour went on sale last March 18, so only a few seats are left. Don't waste time securing your tickets now! Click on the "Get Tickets" link to check your tickets out!