Vagrant 25: 26 Years on the Street Tickets

Celebrating the label's 25th and 26th anniversary, Vagrant 25: 26 Years on The Street at FivePoint Amphitheatre on Saturday, May 28th, 2022. With Dashboard Confessional, Alkaline Trio, Thrice, The Get Up Kids, The Anniversary, and Hot Rod Circuit playing the event. Vagrant Records has been celebrating its 25th anniversary with reissues, a podcast, and more, and now they've announced two belated anniversary shows dubbed "Vagrant: 26 Years on the Street," one on the West Coast and one on the East Coast. The shows also celebrate the 20th anniversary of the fan-favorite Vagrant America Tour, which brought most of the bands in the line-up together on stage. 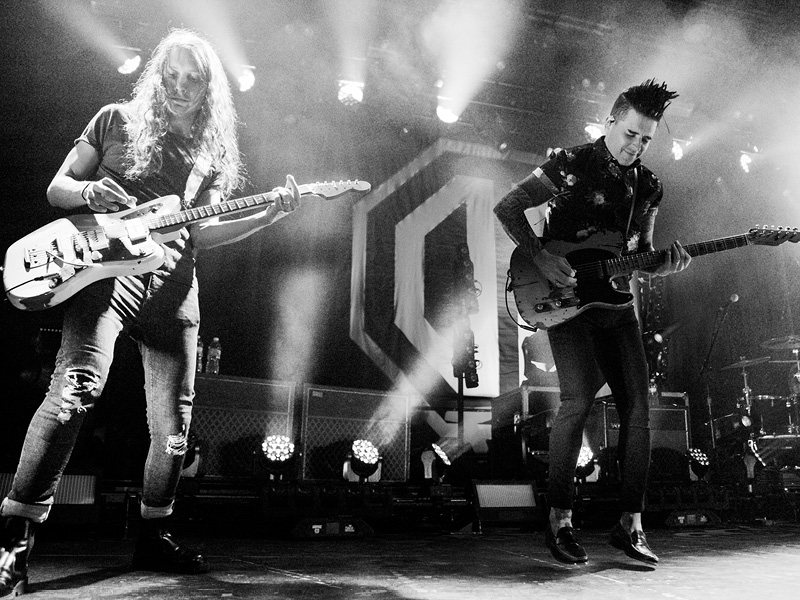 From Boca Raton, Florida, Dashboard Confessional is led by singer-songwriter and guitarist Chris Carrabba along with bassist Scott Schoenbeck, lead guitarist Armon Jay, and drummer Chris Kamrada. In January 2020, they released a greatest hits album as part of the 20-year anniversary, and tour titled, The Best Ones of the Best Ones. They have a brand-new album due out this February called, All The Truth That I Can Tell. So look forward to some sweet new tunes at Vagrant 25

From Chicago, Illinois, Alkaline Trio is lead singer and guitarist Matt Skiba, singer and Bassist Dan Andriano and singer and drummer Derek Grant. Their ninth album, Is This Thing Cursed? was released in August 2018, following a five-year gap since their previous album, My Shame Is True. Kerrang! gave the album, Is This Thing Cursed?, a glowing review saying, "despite having become effectively a part-time concern and thus an outfit whose status remains steadfastly cult, at the very least Alkaline Trio can take a (grim) pride in having returned and reclaimed the title of Punk Rock Connoisseurs’ Band Of Choice with criminal ease here. As ever, on Is This Thing Cursed?, their music comes in any colour you like, so long as it’s black."